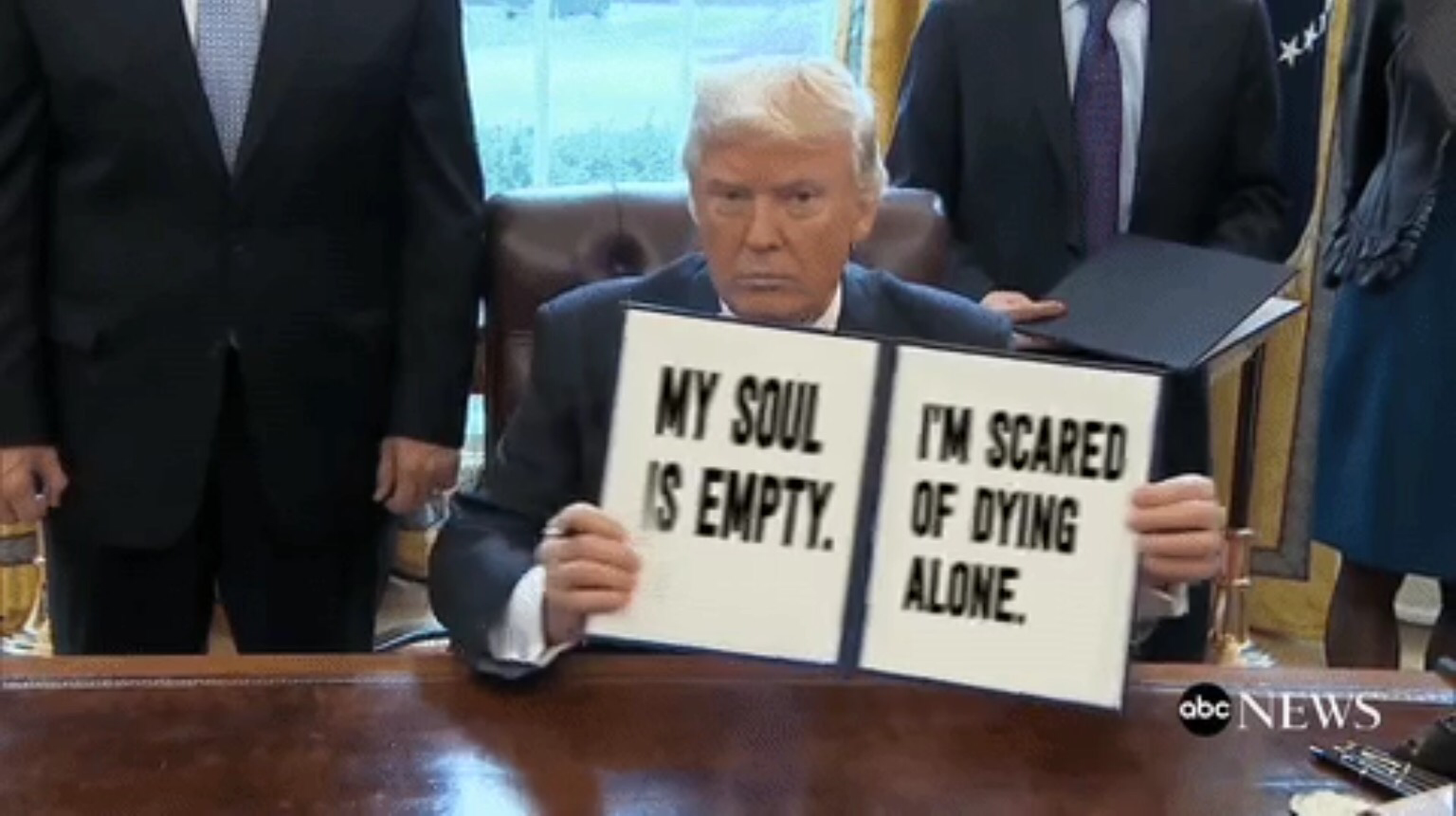 By now you must have learned that we, the Dutch, would like to be second, after the USA. Being first and second brings a special kind of friendship and I am used to share my thoughts with my fellow countrymen so I will do the same with you.
I’ve followed your amazing campaign and first week of power with growing amazement. You’ve made more promises (and broken them) than I have in 6 years. But you have almost 49% of the votes, something I can only dream of because here in Europe we do one man one vote without Electoral College. With such a mandate and such wealth you are in a position to earn trust and get Great Things done.

You are going to solve Big Problems with the flash of your pen you say, but I am an experienced PM and I think that it’s not going to be that easy. I would like to give you some well meant advice.

It’s already there, I checked, it’s huge! It’s already separating families because father (or mother) was deported after forgetting to blink a light or forgetting to smile friendly at a police officer. I would advice to build it not too high because the (political) climate in your country is causing more and more hard working Mexicans to go home, don’t make it to difficult for them!

But if you insist on completing the full 2000 miles, and you say you do, then you have to think about the reality of financing the darn thing. Because money (or lack thereof) is what makes the world go round. We, as a world community, can’t afford to have more Greek situations on the other side of the Atlantic, so please organize the funding BEFORE you start building. Saying “The American People are going to pay the 15 billion dollars needed (for starters), but I, the President will take care to get it back from the Gringos Mexicans”. Sorry, but your track record shows that you are a serial defaulter (i.e. Wasting investors money) and you still owe Deutsche Bank 300 million dollars. Not a very trustworthy starting position. So I would like to propose you a better solution.

We, the Dutch, invented the share (look it up) and I advice that you crowdfund the Wall. This has several advantages:

* you need to quantify the benefit for your Shareholders

* “We the People” can then participate in your venture (just $312 per Trump Supporter!)

After the wall is completed your shareholders will receive your promised dividend. It may be a good idea to make a glossy prospect with measurable goals, shareholders are allergic for baked air. If you sell baked air make sure it’s the best baked air by the way.

Just a few more issues before I finish:

* Ending economic relations with a Mexico will destroy their economy. This will lead to an explosion of immigrants, we have much experience with that in Europe. Sad!

* Are you willing to back your Presidential Orders with your personal wealth? There are quite a few people who are afraid that your desire to re-coalify your economy may prove more destructive than your facts suggest.

* I tragically lost my bet for a bottle of wine with Angela, because I said it would take two weeks before you would insult a neighbour…….but it took you only six days. We are good neighbours though, she invited me to uncork the bottle and celebrate our friendship.

* China will quicky fill the void you create by slamming the door shut, the Dollar will be the Greatest little currency.

Greetings from your friend,

Mark Rutte, Prime Minister of the Best Kingdom of the Netherlands